This Is Not A Conversation

This is Not a Conversation: a performance in words and actions about guilt, memory, identity, and the nature of responsibility.

Dima’s father is a Palestinian from Jerusalem, where she is not allowed to visit. Itai is an Israeli from Jerusalem, who was a soldier in Palestine. Both are natural storytellers and improvisers. Both are very passionate about the conflict. What happens when you put them on stage together? This is not a conversation.

The situation in Palestine and Israel has become the quintessentially unresolvable conflict of our time. Successive generations and governments have discussed, negotiated, and fought over an area of land smaller than Vancouver Island, and home to over twelve million people, and a peaceful solution has never seemed more remote than in the past year. Itai Erdal was born in Israel and served with the Israeli Army in Lebanon and Palestine. Shortly after he left the army, he decided that he also had to leave Israel, and in 1999 he came to Canada. Dima Alansari is a grandchild of Palestinians exiled from Jerusalem during the 1948 forced exodus. She has never been allowed to visit Palestine. In 2013 Itai and Dima met at a dinner party in Vancouver. Working with director Ker Wells, Itai and Dima have created This is Not a Conversation: a conversation in words and actions about guilt, memory, identity, and the nature of responsibility. A first draft workshop production was invited to the 2015 Impact Festival in Kitchener, and the show premiered at the 2017 Spark Festival in Victoria. 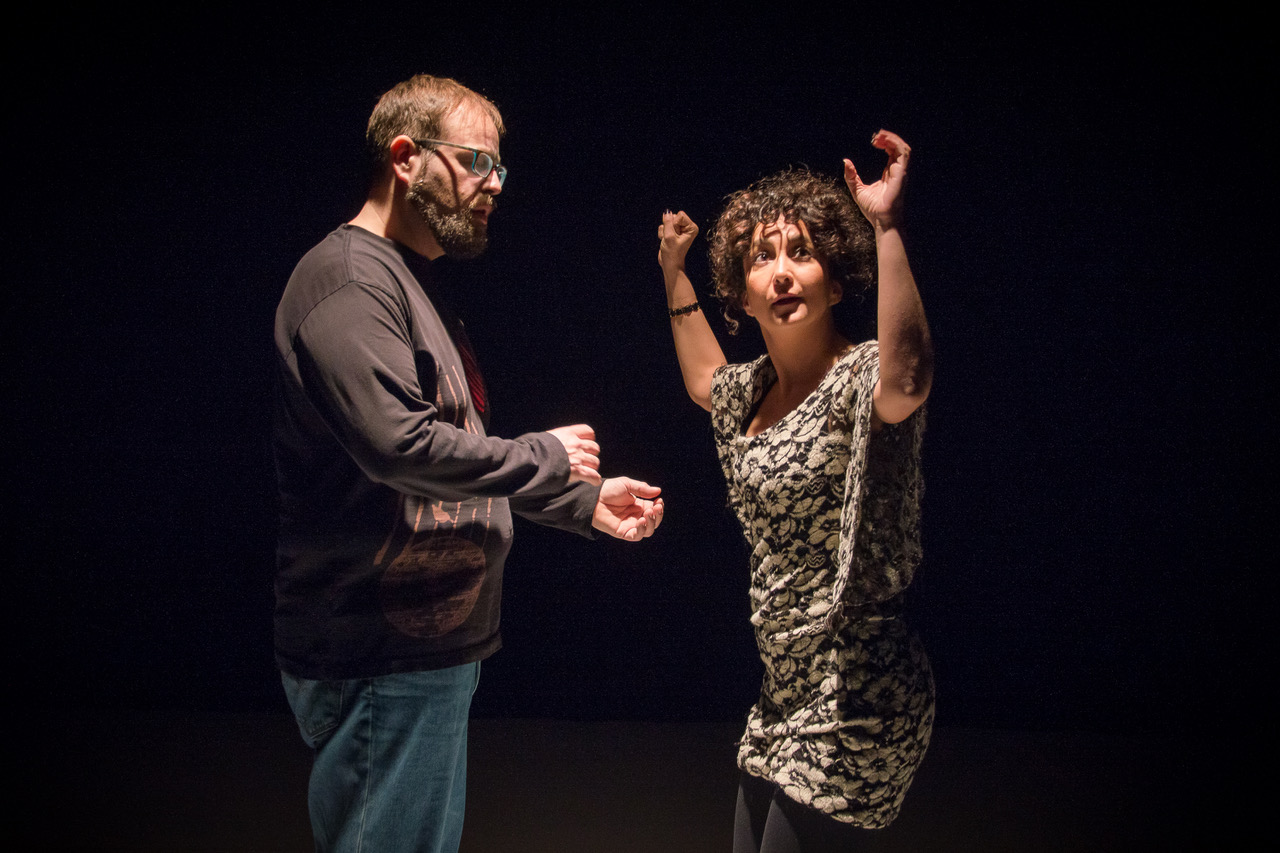 The Elbow Theatre was founded in 2012 by Itai Erdal with the purpose of creating and producing thought-provoking theatre about political and social subject matters.

The Elbow’s projects include:

White Rabbit / Red Rabbit by Nassim Soleimanpour, which received funding from the BC Arts Council and the Humber Foundation. The show, which features a different actor every night, was presented by The Cultch in September 2012, featured a who’s who of the Vancouver acting community and enjoyed both box office and critical success. The Elbow produced it again in May 2013 at the Uno Festival in Victoria.

Flee by David Hudgins, a co-production between The Elbow, The Electric Company, Studio 58 and Barking Sphinx, received funding from the BC Arts Council and the City of Vancouver. The show, which was directed by Jonathon Young featured: Peter Anderson, Lois Anderson, David Peterson, Kathryn Shaw and 13 Studio 58 acting students, premiered at the Fox Cabaret in November 2015. It was seen by over 1,300 people, was nominated to a Jessie Award for significant artistic achievement and was included in several best of the year lists.

A Very Narrow Bridge by Itai Erdal, Anita Rochon and Maiko Yamamoto, which received funding from the Canada Council, BC Arts Council, The City of Vancouver and the National Arts Centre, premiered at the Chutzpah! Festival in March 2016. It was directed by Maiko Yamamoto and Anita Rochon and featured: Patti Allan, Itai Erdal, Talia Erdal, Anton Lipovetski and Tom Pickett. The show averaged over 70% houses and got some rave reviews. Talia Erdal was nominated to a Jessie Award for significant artistic achievement for the music she wrote and performed.

This Is Not A Conversation by Dima Alansari and Itai Erdal, directed by Ker Wells, has received funding from the BC Arts Council, The City of Vancouver, and the Canada Council for the Arts. A version of the show premiered at the North American Culture Lab in upstate New York in May 2016, and its official world premiere was presented by the Belfry Theatre in Victoria at the 2017 SPARK Festival. It was extremely well received by audiences and critics alike. The Elbow is in talks with several national and international presenters about touring the show.

Hyperlink by Itai Erdal and TJ Dawe, directed by Rachel Peake, has received funding from BC Arts Council, The City of Vancouver, and the Canada Council for the Arts. It premiered in 2017 as part of the Firehall Arts Centre’s season to rave reviews.

“The shift to questions about Canada is profoundly unsettling—as an outsider to the central conflict between Israel and Palestine, it is definitely easier to sit in judgement, or ignorance, but when people who have immigrated begin to avow their status as settlers, and recognize Canada as a colonial power, the focus crystallizes.”