Here’s a comprehensive list of all changes made to the festival programming since we announced our line-up at our IMPACT Launch Event.

1. Two International productions (Fatma – Morroco, and Jogging – Lebanon) and one National production (This is Not a Conversation – Vancouver) have been cut from the IMPACT 19 Festival programming due to a grant shortfall. All ticket holders have been refunded (July 16)

2. Local production The B-Party, had to withdraw from the festival due to personal finance issues. All ticket holders have been refunded (July 20)

4. Local production Me Not You, had to withdraw from the festival due to personal scheduling issues. All ticket holders have been refunded (September 1)

11. International production Violence(s) will replace AMAL on Sunday, September 29 at 9:30 pm at the Conrad Centre for the Performing Arts (September 28)

If you have any questions about changes in our programming, please contact info@mtspace.ca for clarification, or call our office number (519.585.7763), or visit us in-person at our office at 220 King Street West, Kitchener (near Kitchener City Hall).

Back to IMPACT 19 Home 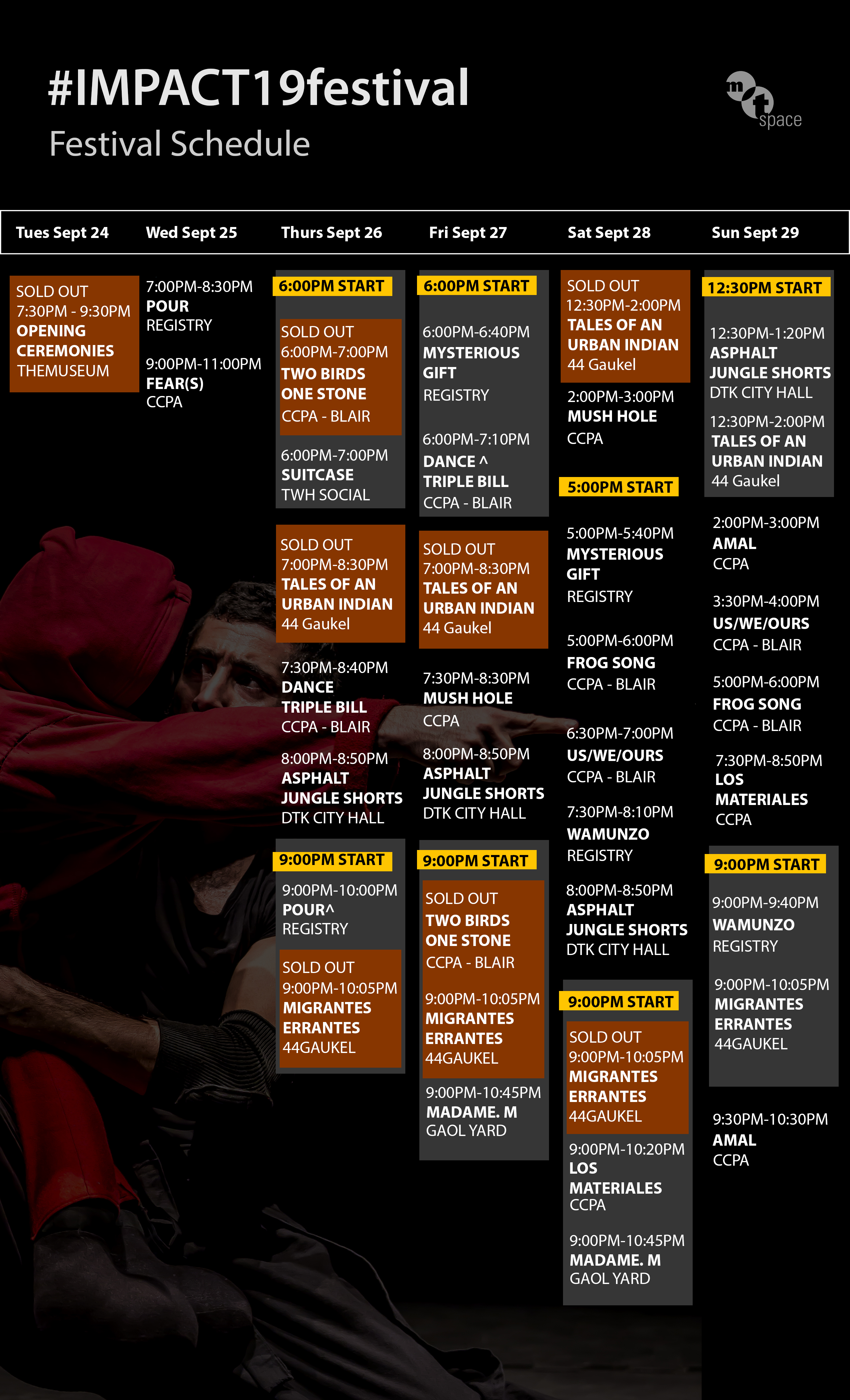